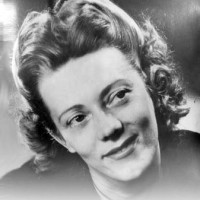 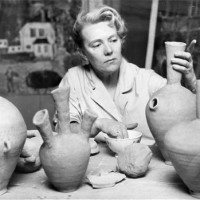 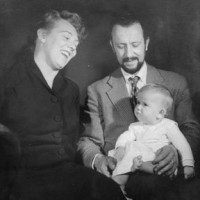 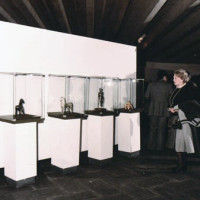 Flore Joris was born in Belgium in 1912, the daughter of an orchestra conductor and a pianist.

She met Carlos Nadal in the late 1940s in Paris. Both artists spent most of their time in Sitges and Brussels, where they married in 1948 and established their first home.

Flore not only took care of her family but also frequently stood beside her husband in his artistic career. She never gave up sculpture, and gradually spent more time on her art as their children grew.

She exhibited in the Isy Brachot and Tamara Peiffer galleries in Brussels in 1963 and 1973, in the Tom Maddock gallery in Barcelona in 1979, in the Alstadt Gallery in Bern in 1980, in the Centro Cultural de la Villa in Madrid in 1980, Agora Gallery in Sitges, etc.

Flore died in 1988, leaving behind an exceptional artistic legacy.